When will 3D merchandising become ubiquitous? Perhaps sooner than...
CLOSE

Thank you for Subscribing to Retail Tech Insights Weekly Brief 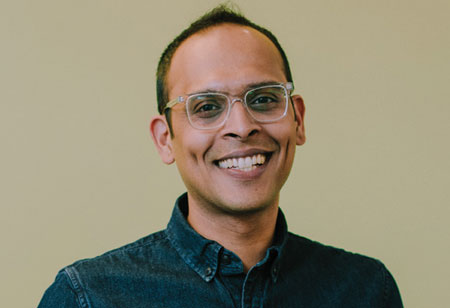 When will 3D merchandising become ubiquitous? Perhaps sooner than you think

Shrenik Sadalgi is an ideator, a futurist, a thinker-doer and a technologist. As head of Wayfair’s R&D lab - Wayfair Next, he leads the exploration of far-future R&D for Wayfair where he and his team are pioneering the future of retail and home by leveraging emerging technologies and inventing new ones. He has expanded on this role as “pioneer for the future of retail” in his work at The Khronos Group, an open global consortium that’s creating open standards. Shrenik serves as Chairman of the Khronos 3D Commerce Working Group - a group of leading retail and technology companies exploring the opportunity to accelerate the adoption of 3D experiences by establishing a set of universal standards for platform-agnostic 3D model creation and distribution.

The concept of interacting with virtual 3D objects in the real world was once the province of science fiction. Today, every smartphone user has the power of those augmented reality capabilities in their own pocket. The technology has gone mainstream with frameworks like ARKit for iOS and ARCore for Android, allowing developers to offer immersive experiences in a mainstream, accessible way.

As more of our interactions with the world take place online, 3D has demonstrated its potential applications as a transformative technology across many industries. Take, for example, shopping online for the home. Customers ask many questions throughout this process: Will it fit in the space I want to put it? What does it look like from other angles? Will it look good in my space? Today, customers can easily answer those questions with innovative technologies like AR and VR, which can fit to-scale 3D models directly into their homes.

The benefits of 3D tech extend beyond using it as content to populate extended reality experiences. 3D rendering offers the ability to create inspiring visual imagery without expensive product samples or physical photo build-outs. Say, for example, we had photos of a room that were showcasing a range of furniture and decor. Imagine we wanted to incorporate seasonal themes into that vignette — maybe change the look a bit for winter and spring holidays. Rather than taking the time and resources to swap season-specific decor and shoot new photos, we can instead produce the same imagery with 3D rendering — and in a much more efficient, cost-effective and scalable way.

Despite the availability of the technology, there are still barriers keeping 3D experiences from becoming truly ubiquitous. Think about how pervasive 2D imagery is — nearly every single property you visit on the internet contains one. Most people would find it inconceivable to shop for anything on a site that didn’t give you images of the product. Nearly everybody can send and receive 2D pictures without any special tools, processes or agreements on file type in place. So what’s keeping 3D merchandising from being universally accessible in the same way?

" We’ve always been at the forefront of introducing next-generation technologies to our millions of customers, and over the past several years, we’ve created a range of experiences that allow users to interact with 3D representations of products. "

Augmented reality experiences are gaining popularity because the original equipment manufacturers made it easy for developers to focus on experiences rather than building the underlying tech. However, the same is not true for the creation of 3D models — there has been very little standardization, and therefore, slower adoption. With images, we are all familiar with the ubiquitous .jpg, .png and .gif formats (pronunciation issues aside). Every device and platform is equipped with the ability to interpret and display these standard formats, leading to the accessible, shareable, content-rich digital world we find ourselves in today. With 3D content, there is no such universal standard — at least, not yet. In the retail industry, much of the 3D content that’s been created has been crafted within a specific platform, and that platform is specific to each retailer’s particular ecosystem. The result is an environment that makes it very difficult to scale 3D-driven immersive experiences across platforms and channels.

The good news is that a lot of work is being done to create these much needed standards. Khronos’s open glTF standard, known as the “JPEG of 3D,” is a promising step in the right direction. Still, one file format cannot create industry alignment by itself. Dozens of retailers, technology vendors and manufacturers came together to form the Khronos 3D Commerce Working Group, and are working to build industry consensus on what standardization activities are most urgently required for ubiquitous 3D commerce. For the first time, cross-industry collaboration is driving alignment on platform-agnostic standards for 3D model production & distribution.

Having a clear agreement and understanding of the problems that need to be solved is the first step towards solving them. This work is an important catalyst to the adoption of 3D experiences. From search results to social feeds, ecommerce websites, ad units, apps on mobile devices, VR/AR headsets and more, we all stand to experience a rich world of 3D experiences if standards can be agreed upon.

The benefits of solidifying the elusive 3D standard will extend far beyond just the user’s experience, too. It would also greatly increase the amount of commercial opportunities available for those companies and individuals who are involved in the design, creation, and distribution of 3D virtual products. The same is true for the companies who develop the tools used for creating 3D content and the companies who develop the platforms used to view and interact with them.

For example, the Khronos Group recently reached an exciting milestone, introducing open source tools and guidelines that offer super compressed texture formats for developers and artists to create lifelike, visually rich 3D assets in a highly optimized and memory-efficient way. This new standard fills an important gap in the 3D asset production pipeline. Before this announcement, there was no way to create a single texture file that would run as a GPU-compressed format on any platform. Now, there is - making developers’ lives easier and customer experiences better.

The 3D Commerce working group has created additional tools to lower barriers to adoption and increase the ROI of 3D assets. For example, they maintain a set of tool-agnostic Asset Creation Guidelines. These recommendations and best practices help artists accustomed to designing for dedicated delivery targets like gaming systems adapt to creating 3D objects that will work anywhere. The 3DCommerce group has also authored an extension to the glTF file format that allows multiple materials to be stored within a single asset. Using this extension, if a product comes in multiple colors or materials, the retailer still only needs to create one asset: if a customer wants to see a couch in brown leather instead of green upholstery, they can change the material without needing to reload the asset.

Visual inspiration and discovery are key to creating the best possible shopping experience for the home, and companies like Wayfair are already focused on how we can use 3D to make shopping for the home as easy and wonderful as possible. We’ve always been at the forefront of introducing next-generation technologies to our millions of customers, and over the past several years, we’ve created a range of experiences that allow users to interact with 3D representations of products. As 3D and extended reality technology continues to rapidly evolve, it’s exciting to consider how we’ll be able to craft powerful, effective and wonderful experiences for users in more channels than ever before.

Defining the "C" in CRM

Leveraging Technology to Improve Efficiency in the Hospitality Industry

How to Simplify the Accounting Process for Merchants

In Corona, We Hustle

However, if you would like to share the information in this article, you may use the link below: